Sell your products to thousands of new customers

When Scottish and Irish immigrants settled on the east coast of the newly formed United States of America, they naturally brought their taste for whisky from home. Amongst them of course were some who were farmer distillers, and it didn’t take long to set up small distilleries in the new land to make a new type of whisky.

Early agriculture on the farming lands of Virginia and other growing settlements favoured the rye grain, which was hardy and valuable for baking bread. Early distillers, who included

George Washington himself, utilised this abundant grain in the distilling process to make a type of whisky that defined what American whiskey was for the first hundred or so years – Rye whiskey.  It’s worth noting that whisky from Scotland is spelled without an ‘e’, but most of the whiskeys produced in the USA are spelled with the ‘e’ in whiskey. As the new nation grew and expanded westwards, settlers were incentivised to move to Kentucky to commence farming and distilling as well. In Kentucky they discovered that native strains of corn grew very well and were adapted to the fertile soils in the area. This easy to grow grain that yielded large quantities at harvest was eventually put to use in the distilling process and the new form of corn whiskey was produced that would eventually become known as Bourbon. Old Bourbon County was very large and it’s thought the corn whiskey produced in this area around the 1850’s was labelled on the outside of the barrels as ‘Old Bourbon Whiskey’, which helped to define its name and was a really a reference to its location of production as it made its way down river to the port of New Orleans.

Today, the best way to think about Bourbon is that it is a type of American whiskey. It has some strict requirements for production, but within those requirements there is a lot of freedom to create different styles and flavours generated by differing ‘grain mash bills’ or recipes, still size and shape, oak char level and the length and location of the ageing process. Bourbon is a whiskey of incredible depth of character and flavour that is a result of its production process, primarily being the majority proportion of corn in its grain recipe, the 80% alcohol maximum distillation proof and its maturation in new charred white oak barrels; all significant factors in the foundation and evolution of its flavour profile.

These days, distilleries such as Buffalo Trace distillery in Frankfort, KY are able to produce a large number of Bourbons and rye whiskeys, each with its different process and separate methodology based on a traditional recipe, whether its Van Winkle, Eagle Rare or George T. Stagg Bourbons or Sazerac Rye whiskey.

With the rise of independent and micro-distilleries in the recent past, there has been a huge amount of innovation, pushing the bounds of what an American whiskey can be. One of the innovators is the Westward Single Malt whiskey distillery from Portland Oregon, making a style of whiskey from 100% malted barley.

Play Video about Whiskey Explained How is Whisky Produced They operate within the parameters of the American Single Malt Commission, but focus on each step of the process to produce a whiskey that is from the Pacific northwest of the USA. To help create new expressions of their whiskey they have been using different wine and beer cask finishes to great success, producing whiskey with subtle and complex flavours that elevate the taste experience.

Use this coupon for $10 OFF your shop when your order is $100 or more. Not available with other offers.

Use this coupon for FREE SHIPPING when your order is $149 or more. Not available with other offers. 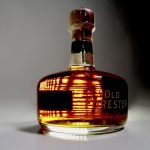 The Rise of Bottled Cocktails

How to Buy and Sell liquor on Auction in Australia